PMG Winners in the 2019 Concrete Institute Awards for Excellence 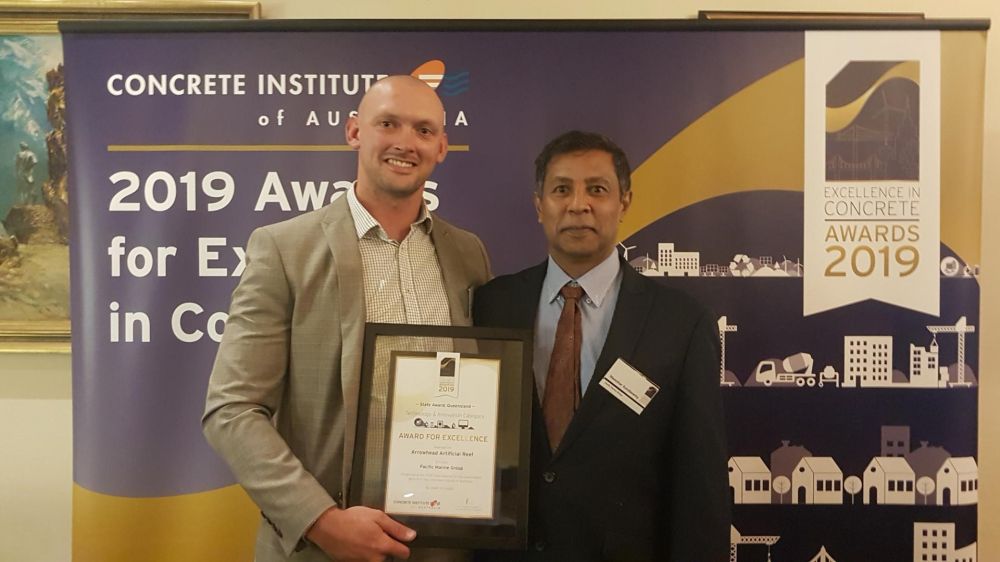 Pacific Marine Group were recently presented an award in innovation and technology at the annual Concrete Institute – Awards for Excellence in Concrete which sees them go through the national awards in Sydney in September.  The award was given for innovation in design for the artificial reef installation at North Stradbroke Island where 38 arrowhead modules were cast and installed at the end of 2018.

Key design aspects include the following: