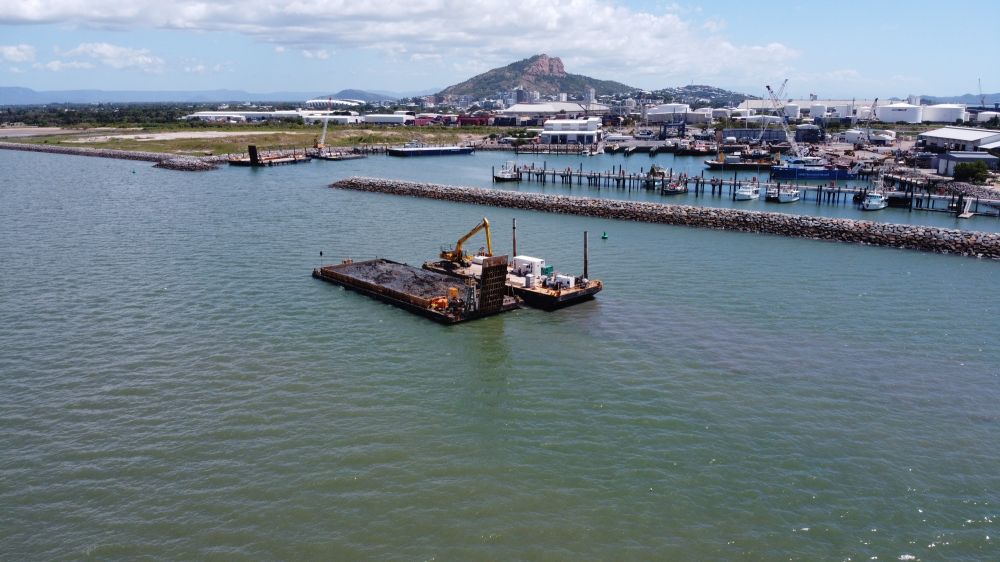 PMG have recently completed a dredging campaign in the Ross River for Port of Townsville Limited. The Ross River Channel is the waterway all our vessels utilise to exit and enter our dedicated marine facility, and when the channel becomes silted up, our windows of opportunity to enter and exit the channel become smaller and smaller due to strict underkeel clearance requirements.

We used a spudded 36m x 12m barge (PMG121) fitted with a 40t long arm excavator and sitech 3D control software, to complete the digging task. The dredge spoil was disposed of on land by first being placed onboard our sidewall fitted 45m x 15m barge PMG150. The dredge spoil was then moved ashore by the tug PMG Sailfish, for unloading at our barge ramp, and transport to POTL’s reclaim area via Moxi dump trucks. We were supported by Wilco Logistics on the project.

Once all the bulk digging was completed, the channel was levelled using the sweep bar system fitted to our tug PMG Tarka.